A lot of people don't see alcohol as a problematic substance. It plays an important role in social activity among many cultures around the globe. Some users are able to use it responsibly, by not having too much of it too regularly. However, if you find yourself asking "Why can't I stop drinking alcohol?", then you are probably one of many who are experiencing an alcohol use disorder.

If you think that you may be going through such a disorder, or if you worry that someone you know might be drinking alcohol too much and too often, then it is important to seek medical advice. The earlier you tackle the problematic drinking habits, the easier it will be to quit alcohol abuse.

This is your go-to guide about all things alcohol, including use, addiction, and treatment.

Why Do People Use Alcohol?

Alcohol is the most highly consumed and widely available legal substance. The National Institute on Drug Abuse (NIDA) has released Key Takeaways about alcohol abuse that state that more people over the age of twelve in the United States have used alcohol in the past year than any other drug or tobacco product. They also highlight that alcohol use disorder is the most common type of substance abuse, and it affects over fourteen million individuals in the US aged eighteen and over.

People use alcohol because it acts as a social lubricant. That is to say, users drink it because it helps them feel more chatty and lowers inhibitions, which can make them feel more confident. Some users who report having high levels of anxiety may rely on it in social situations just to feel comfortable.

Some of the desired effects of alcohol include:

Other Effects of Drinking Alcohol

These effects are what can occur when taking enough alcohol to become "tipsy". They include:

While people often don't think that taking a small amount - enough to be tipsy - is generally a problem, the truth is that drinking any amount of alcohol can be a problem. This is especially the case when use is regular, which can lead to some worrying effects.

This is why the Centers for Disease Control and Prevention (CDC) suggest that individuals should drink in moderation. They suggest that men and women shouldn't have the same amount, and recommend:

If you consume more alcohol than this, then you are putting yourself at risk of serious impacts.

If you find that you are unable to stop drinking alcohol, even if you feel that you want to, then it is likely that you have a drinking problem. If this is the case, you should seek medical care. Individuals who struggle with long-term use risk their life and risk the damaging effects of addiction in regard to their relationships with friends and family.

Some of these health effects include:

The Diagnostic and Statistical Manual of Mental Disorders (DSM 5) - the fifth and most recent edition of the guide that mental health professionals use to diagnose mental health issues - states that alcohol use is a common cause of mental health conditions.

An individual who engages in regular alcohol use may, through their use, induce the following mental health conditions:

Evidently, if you are unable to put an end to your regular drinking habits, especially if that includes excessive drinking, then it would be beneficial to your health to get professional help. Addiction is now seen as a disease, and as a result, medical professionals understand that it is not you that is the problem, it is the disease. There is more support than there ever has been before. Help is available if you feel that you need it.

Why It Is So Hard to Quit Drinking

Scientific studies are showing, through brain imaging research, that drinking alcohol releases "feel-good" opioids in the reward centers of the brain. These scans show that some people's brain chemistry has a large effect on their level of alcohol dependence.

This is because some people's brains release more endorphins (which release natural opioids) and that may lead to them getting more pleasure out of drinking alcohol. It could also mean that they are more prone to drinking heavily and also more likely to develop an addiction to alcohol.

The way that it affects your brain is the reason that some people can develop both a psychological and physical dependence on alcohol. This means that you may experience problems with withdrawal when quitting drinking. More on this is covered below.

If you have been drinking alcohol regularly for a long period of time, you might find that you have become dependent on alcohol. What this means is that you may experience withdrawal symptoms when you haven't had a drink for a while, or try to stop drinking.

These withdrawal symptoms can, at times be dangerous. We recommend that if you think you might be dependent on alcohol, or if you think you have a problem drinking alcohol, then you should seek professional medical help.

If your drinking habits have been going on for a long period of time and include very heavy drinking, you are more likely to experience more dangerous symptoms, such as:

It could be that these symptoms go on for longer than expected. If this is the case, then you are likely having a prolonged withdrawal.

Post-acute withdrawal syndrome is less severe than the other two stages, as they don't cause a threat to life. This stage can, however, be troubling to deal with. Therefore we recommend that you speak to a medical professional if you want your recovery to be an effective and lasting one.

Signs that suggest you are in the PAWS stage are if the milder symptoms of withdrawal, such as a headache, come and go in recurring cycles. These cycles could be three days long, or three weeks long. There is no solid timeline that is available to follow.

PAWS can last six months or even up to a year, but in almost all cases it does get better, and will not last forever.

How to Stop Drinking Alcohol Every Night

If your alcohol use is not under your control, then you could have alcohol use disorder (AUD). The fact that you are reading this is a sign that you want to stop, which is the first step towards recovery.

There are many ways to stop drinking, and in recent times, more and more new methods of addiction treatment have become widely available. Treatment options can take the form of behavioral therapy and medication treatment.

No matter who you are, what your background is, or how strongly your addiction has a hold, you will be able to overcome it, with the right care and support.

Treatment can involve both behavioral therapy and medication. This is because any co-occurring mental disorders can make ending your alcoholism a harder task in the long run. Generally, treatment will either involve an inpatient or outpatient treatment program, meaning that your treatment can fit your needs.

Doctors use behavioral therapy in the treatment of an addiction to alcohol. Generally, this will involve either cognitive-behavioral therapy (CBT), contingency management (CM), or mutual-support groups. These therapies aim to tackle behavioral patterns that lead you to continue your alcoholism, such as low self-esteem, and to aid you in long-lasting recovery.

Medical therapy tends to focus on reducing alcohol withdrawal dangers. If your alcoholism and alcohol problems have been going on for a long time, then a doctor might decide that anti-seizure medication would be beneficial for you. Other medications focus on reducing someone's drinking and preventing a relapse.

The good news is that your drinking problem doesn't have to last forever. With the right support from your family, friends, and medical professionals, you will be able to quit drinking. And that is where we come in.

At NP Addiction Clinic, we offer treatment services to help you on your road to recovery. Our inpatient treatment center in Port St. Lucie, Florida, is the ideal place to gently ease you into recovery under the care of our compassionate and expert staff.

We know you care. And so do we. That is why we are the right place for you to put a lasting end to your substance abuse. Call us today at (772) 281-5242, or send us a message using the form on this page to break free from the tight grip of your addiction.

Read more blog posts in this category:
‹ How Long Does It Take To Detox From Alcohol?
Valium Addiction: Signs and Symptoms ›
Begin the first day of the rest of your life
To find out more contact our team
Call now
RELATED ARTICLES

Valium, also known as diazepam, is a pharmaceutical drug that produces feelings of calm. It is typically prescribed to treat muscular problems such as spasms, as well as anxiety. Valium can make users feel relaxed and sleepy, if not drowsy. Benzodiazepines come under many different brand names, but what exactly is Valium, and can it […]
[Read more] 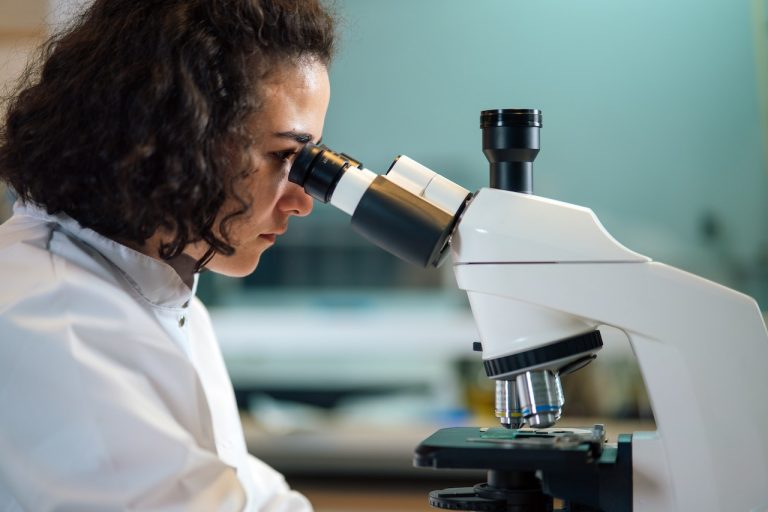 How Long Does It Take to Detox From Meth?

Methamphetamine is a stimulant drug that has a powerful impact on your mood, energy levels, and alertness. Due to its potency, it is very addictive which means you can develop a dependency and addiction to it fast. Once these have occurred it becomes hard to quit. Drug abuse can be dangerous, particularly with potent drugs […]
[Read more]

There is no single threshold for a meth overdose. The amount of the substance it takes to overdose depends on your biology, any polysubstance abuse, and the way you ingest the drug. Illegal meth use is always dangerous, and in some cases may be fatal. This blog post provides information on the dangers of meth […]
[Read more]
TESTIMIONIAL