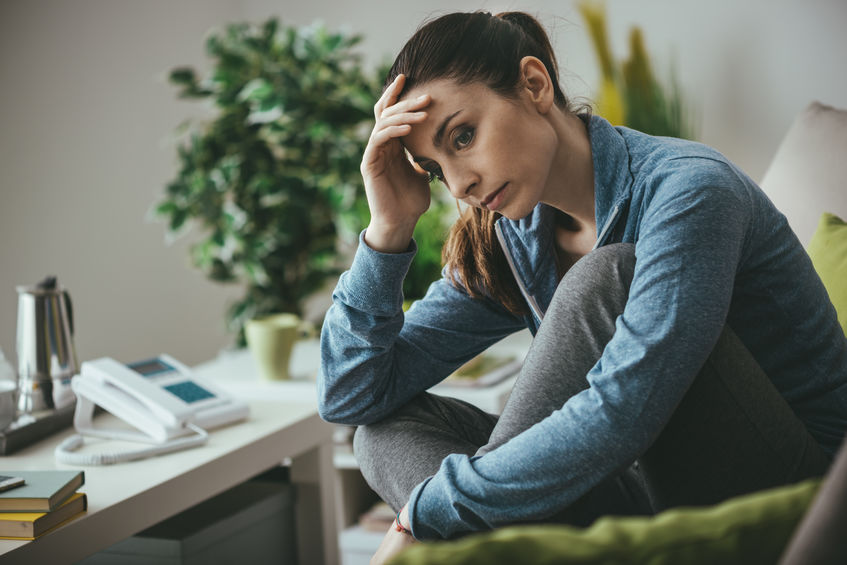 Valium, also known as diazepam, is a pharmaceutical drug that produces feelings of calm. It is typically prescribed to treat muscular problems such as spasms, as well as anxiety. Valium can make users feel relaxed and sleepy, if not drowsy. Benzodiazepines come under many different brand names, but what exactly is Valium, and can it be addictive?

Valium (diazepam) is a type of medicine known as a benzodiazepine and most often comes in pill form. It has a multitude of medicinal purposes and is used to treat:

Valium also has a role to play in addiction treatment. Valium and other benzodiazepines help reduce alcohol withdrawal symptoms. These symptoms include anxiety, hallucinations, and seizures. In more severe cases of alcohol withdrawal, people can experience autonomic hyperactivity. This affects the central nervous system and can be fatal.

How Long Does Valium last?

Depending on the type of benzodiazepine and how it was taken, it may take up to thirty minutes for the effects to be felt. The half-life for Valium is around forty-eight hours. This is the amount of time it takes for half of the dose to leave the body.

It can take even longer for the metabolites of Valium to exit the body. One metabolite, Nordiazepam, has a half-life of up to 100 hours. Metabolites are the byproducts of metabolism, or the bits left over after your body uses up the substance.

As we have seen, Valium is used to treat many muscular ailments. It can also ease uncomfortable symptoms resulting from alcohol withdrawal. However, this long-acting benzodiazepine is also used to treat anxiety. Its relaxing effects can help people deal with anxiety crises in the short term. The drug's effectiveness makes it a very common treatment for anxiety disorders.

The use of diazepam and other benzodiazepines to relieve severe stress is less common. Some research shows that it can be effective in reducing some fear-memory processing. In both cases, it is important to note that a medical professional must prescribe Valium for it to be safe.

For many people, Valium is part of their treatment for mental health problems. It can be hard for people to moderate their drug use when it results in a feeling of intense calm. This is exacerbated by it being a self-administered medicine, and dependency can result from its over-use.

With so many uses, what actually happens to someone taking Valium? Valium acts on a person's brain, helping to calm it by reducing high neuron activity levels. The drug works by enhancing the efficiency of the chemical GABA. Gamma-Aminobutyric Acid (GABA) is a chemical messenger that helps reduce certain brain activity. GABA targets the areas of the brain responsible for emotion, thought, and memory. Valium use results in diminishing hyperactive brain function, thanks to the increase in GABA activity.

The use of Valium can relieve stress this way, but it can also affect the muscles. Valium's effects on the brain can result in a reduction in muscle spasms, thanks to the increase in GABA activity. Benzodiazepine prescriptions also help ease muscular complaints.

The Side Effects of Valium

We can see that Valium when prescribed and used responsibly can be very helpful, but what about the side effects?

The drug's effects are not always helpful. Some side effects include drowsiness and feeling sleepy. Part of what makes it so helpful for some people can also make users feel tired all the time. Double vision is another possible side effect of Valium.

On top of the double vision, drowsiness can make activities like driving or operating other heavy machinery very risky. This might mean that people, when prescribed the medicine, are unable to do their jobs. In this case, they may need fewer doses.

Other side effects are confusion, shaking hands, and even a loss of coordination. While these might not sound so bad on their own, they can make it very difficult for a person to go about their daily lives. Again, they may be taking larger doses than they need and should speak to their doctor about it.

Mixing Valium with Other Substances

When taken without a prescription, there is a greater risk of substance abuse. Drug addiction is rarely a simple affair, and there is often a mix of substances and stressors involved. Valium is more dangerous when taken in conjunction with street drugs, such as opiates and amphetamines.

The use of opiates in conjunction with Valium produces a huge increase in fatal overdoses. A study published in the National Institute of Health has shown that the involvement of synthetic opioids (other than methadone) drastically increased the number of fatal benzodiazepine overdoses.

As it is also prescribed to help ease the withdrawal symptoms from alcohol abuse, there is again a risk of developing a further addiction to Valium. That is partly why treatment programs must be tailor-made for the individual but also adhered to.

What Happens If You Take Too Much Valium?

As with all drugs, it is possible to take too much Valium. A Valium overdose can be very dangerous. Here are some signs to look out for:

Beyond these symptoms, taking higher doses of valium can result in life-threatening situations. Valium abuse can lead to the person losing consciousness or becoming unresponsive. If left unchecked, respiratory difficulties can occur which may be fatal.

A study published in the National Institute of Health (NIH) looked into rising rates of Valium overdose. It found that the rates of fatal overdoses between 1996 and 2013 rose at a rate higher than the percentage of Americans being prescribed the drug. This could be down to many things, but the study pointed to larger doses per prescription as a potential cause.

If you are worried that someone might have overdosed, then seek medical attention immediately.

Valium addiction is a very real possibility, and the number of people who abuse Valium is also rising. According to the study in the NIH mentioned earlier, the number of adults filling a benzodiazepine prescription between 1996 and 2013 went up by over five million.

Of those who filed Valium (diazepam) prescriptions, the median amount filled over the year more than doubled. This means people are either being given more Valium or a longer treatment period. With more people taking Valium at higher doses, the risk of addiction is also likely to increase.

So how can you tell if you or someone you care about may be addicted to Valium? Valium addiction can result in many adverse consequences for someone. This can manifest socially, with people becoming more secretive and spending more money on Valium than they can afford. They may also engage in illegal activity to source illicit benzodiazepines. But are there any physical symptoms? Here are some to look out for:

As Valium works on the brain, there are also psychological symptoms that go alongside Valium addiction. People addicted to Valium often lose interest in once enjoyable activities, such as hobbies and socializing. There is also the risk of withdrawal symptoms when the person tries to cut back on their Valium use.

Valium withdrawal can occur when someone tries to cut down, go cold turkey, or even if they miss a dose. Valium addiction can lead to a physical dependence on the drug, and so withdrawal can be difficult without help. Withdrawal symptoms can include headaches, heart palpitations, and hypersensitivity across the senses. In severe cases, the withdrawal process can even lead to grand mal seizures.

Valium withdrawal symptoms also manifest psychologically. In some cases, these symptoms can actually increase a person's craving for Valium. On top of the anxiety and paranoia that go with addiction, withdrawal can result in hallucinations and delusions. People may even experience depersonalization. This is is the feeling of being 'outside' oneself or of watching your own actions.

Treatment for valium addiction can greatly help improve a person's quality of life and help them reduce their dependence on the drug. As with all substance abuse treatment, a personalized approach led by professionals leads to the best results.

It can happen that a person abusing Valium experiences an overdose. In this case, their immediate priority should be to seek treatment for the overdose.

For many people, medical detox is the first port of call. Timelines for a detox vary with each individual case. By going through the process in a treatment facility, the person will receive help in managing the withdrawal symptoms in a safe way.

Due to Valium's long-lasting nature, the treatment process often needs to be carefully conducted. Valium withdrawal symptoms can be unpleasant. If the treatment is rushed or incomplete, there may be an increased risk of relapsing or of having more severe symptoms.

Treatment programs will often take a dual approach, combining a reduction in dosage with therapy. Support groups and other therapeutic sessions can help tackle the psychological symptoms. Therapy can also help any mental health issues which form part of the addiction. This holistic approach to treatment ensures that the patient is safe, comfortable, and on the right path.

When a person decides to enter treatment for any substance abuse, it is of great importance that they receive the right emotional support. Addiction treatment is complicated, and a holistic approach gives the best chance of success. Treatment centers like the NP Addiction Clinic are able to offer an exceptional combination of addiction treatment and mental health support.

The road to recovery is not always easy, but knowing you have the support of trained medical professionals can make all the difference. Seeking addiction treatment can be the first step toward taking back control and building a better life. The right treatment could only be a simple phone call away.

Read more blog posts in this category:
‹ Why Can't I Stop Drinking Alcohol
How Long Does It Take To Detox From Drugs? ›
Begin the first day of the rest of your life
To find out more contact our team
Call now
RELATED ARTICLES

How To Get Off Xanax

Getting off Xanax can be incredibly difficult due to the withdrawal symptoms that often arise. However, recovery is possible with appropriate help and guidance. Whether you are hoping to find out how to get off Xanax for yourself or to support a loved one, our short guide can assist you. What Is Xanax? Xanax (alprazolam) […]
[Read more]

Alcohol is an easily available legal substance, and Xanax is a commonly prescribed anti-anxiety drug. Because of this, alcohol and Xanax use is widespread. Individually, both drugs are highly addictive and can have long-term damaging effects on people's lives. When taken together, the potential for abuse, addiction, and harm intensifies. Combining Xanax with alcohol is […]
[Read more]

How To Convince Someone To Go to Drug Rehab

Seeing someone you love struggle with substance abuse isn’t easy. You may feel overwhelmed or hopeless - how can you do anything to help the situation? Why won’t they change? Can’t they see all the harm it’s causing? The reality is, many addicted people already know they need help but making that first step can […]
[Read more]
TESTIMIONIAL