Klonopin is a central nervous system depressant and works by calming the brain and nerves and relaxing the body and mind. Many people abuse this benzodiazepine drug for its calming and pleasurable effects.

Clonazepam is a highly habit-forming drug and is intended only for short-term use. If taken for long periods or in high doses, Klonopin can cause potentially life-threatening overdose symptoms, brain damage, and severe dependence on the drug.

Along with other benzodiazepines and Ativan and Xanax, Klonopin is a Schedule IV controlled substance. While there is a medical benefit to its use, there is also a high potential for abuse and dependence.

Benzodiazepines, including Klonopin, work by increasing the activity of gamma-aminobutyric acid (GABA) in the brain. GABA is the most common neurotransmitter in the central nervous system. It reduces the excitability of neurons and the speed of the nerve impulses throughout the body, which causes sedation and relaxation, producing anti-anxiety effects.

Klonopin can have mild to moderate side effects because it affects the brain on a chemical level. The risk of these side effects is potentially higher when the drug is snorted or abused.

Other serious side-effects include:

Long term use of Klonopin may cause problems with your balance and coordination, in addition to some mental health problems, including:

A link has been made between the consumption of Klonopin and some other antiepileptic medication and an increase in suicidal thoughts or ideations. As a result, a medical doctor will carefully supervise the prescription of such drugs. A close relationship between doctor-patient is strongly recommended for patients with co-occurring disorders.

Can You Overdose While Snorting Klonopin?

Snorting Klonopin can result in overdose. Snorting a substance increases the risk of overdose for several reasons.

It is harder to safely measure the dose you intend to take when crushing a pill to snort. It can often result in a person ingesting an increased dosage than what is intended.

Klonopin pills are produced in doses intended to be taken orally, and the way the body reacts to Klonopin when it has been snorted is different than when it is orally consumed.

There is the danger that Klonopin can be less effective with intranasal and buccal administration, so a person may take more to feel a more significant effect. This can lead to a dangerous amount of Klonopin in the bloodstream, causing an overdose.

Secondly, Klonopin can build up to toxic amounts in a person’s system if they take overlapping doses. As Klonopin is a long-acting benzodiazepine, it stays in the body for several hours. The effects of the drug will likely wear off before it has been completely processed and removed from the body. When people snort Klonopin, the effects are felt much quicker and wear off much faster, even though the drug has not left the body. This increases the risk of a toxic amount of the substance building up in the body and causing an overdose.

Benzodiazepine overdose is most common when the substance is abused alongside another substance such as alcohol or opioids.

A Klonopin overdose is a medical emergency, and you should call your doctor, go to the emergency department, or call 911 immediately.

Taking clonazepam in any form can increase the risk of drug misuse and drug addiction.

Misusing clonazepam means it’s taken differently than how your doctor prescribed it—for example, taking a higher dose than prescribed or snorting Klonopin. The risk of addiction is much higher for those that snort Klonopin or misuse the drug in other ways.

Clonazepam can cause physical dependence, resulting from the average concentration of a substance in the body, making the body used to the drug and eventually feeling like it needs the substance to function normally.

When a person has developed a Klonopin dependence, abruptly stopping taking clonazepam can lead to withdrawal symptoms.

How Is Klonopin Consumed?

Clonazepam is an active drug that comes as:

While clonazepam should only be consumed orally, snorting Klonopin - also called Klonopin insufflation - is becoming increasingly common as recreational users attempt to speed up the onset of effects. Snorting drugs is generally done by crushing a pill and inhaling the powder into the nostrils, where the blood vessels in the nasal tissue rapidly adsorb the substance. This bypasses the digestive system, sending the drug to the lungs before being transported to the heart, mixed with oxygenated blood, and travels quickly to the brain.

When consumed orally, peak concentrations of Klonopin in the blood are reached up to four hours after consumption. When snorting Klonopin, concentration peaks anywhere between fifteen to twenty minutes.

Klonopin insufflation can result in:

The effects of snorting benzodiazepines while consuming alcohol or other drugs, especially other depressant drugs or opioids, can be potentially fatal.

Detox is the first stage of recovery that doctors will advise you to complete in most drug addiction treatments. This means allowing the body to remove the drugs or alcohol a person has consumed. The length of time this takes depends on several factors, including how frequently an individual consumes the substance, how much is taken, and what substance you are detoxing from. Withdrawal from Benzodiazepines can be incredibly challenging, and as a result, it is not uncommon to relapse within twenty-four hours of starting the detox process.

Klonopin detox can cause life-threatening withdrawal symptoms in extreme circumstances. A healthcare provider and treatment facilities will recommend a medically supervised detox for health and safety and increased success.

Benzodiazepine detox symptoms are some of the most serious that addiction professionals support people with.

If a person has become physically dependent on Klonopin, withdrawal symptoms include seizures, making it dangerous for users to quit cold turkey. Whether someone has developed a Klonopin addiction by snorting Klonopin or medical use, quitting the drug should be done with medical supervision. Both the physical and psychological effects of withdrawal are both distressing and dangerous.

Physical symptoms of clonazepam withdrawal may include:

Benzodiazepine withdrawal is also known for the debilitating psychological side effects after a drug such as clonazepam is stopped.

Perhaps one of the most dangerous withdrawal symptoms for those who abuse Klonopin is the increased risk for suicidal thoughts and actions.

Psychological symptoms of withdrawal from clonazepam may also include:

There are various treatment options available for those seeking Klonopin addiction treatment, including those who abuse other substances or have been diagnosed or are yet to be diagnosed with mental illness.

Substance abuse research has shown that prescription drug abuse, including snorting Klonopin, is often a result of self-medication for a physical or mental health issue such as depression, anxiety, or Post Traumatic Stress Disorder (PTSD). More than one in four adults living with serious mental health problems also has a substance abuse problem.

Contact NPAC today to inquire about our treatment facility and find out more about treatment options for substance abuse, including medically supervised detoxification or seeking immediate treatment help.

Read more blog posts in this category:
‹ What Are The Dangers of Snorting Adderall?
Snorting Trazadone ›
Begin the first day of the rest of your life
To find out more contact our team
Call now
RELATED ARTICLES

Across the United States, Xanax is one of the most commonly prescribed benzodiazepines. Despite its common use among the general population, it’s still extremely addictive. With a high tolerance level and instant calming effect, Xanax abuse is becoming more widespread. Easily reachable online or via prescription, Xanax has become a quick way to self-medicate in […]
[Read more] 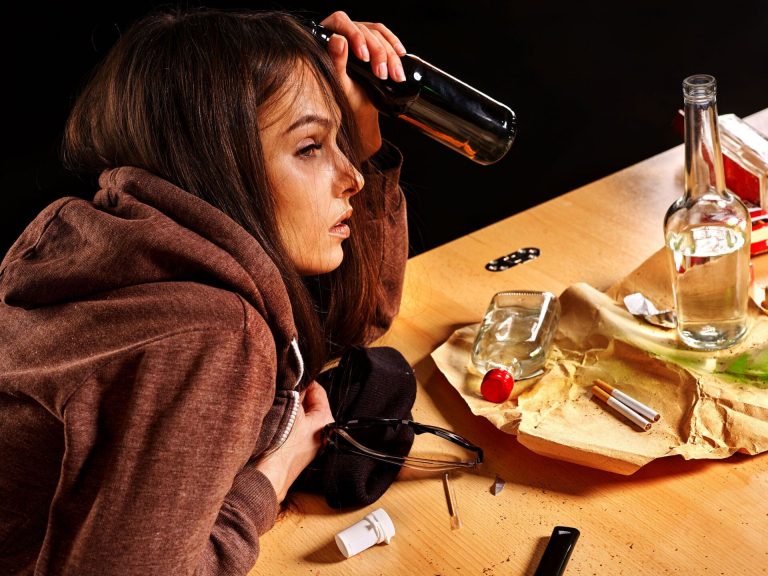 Alcoholism is one of the most common addictions found in the USA. Alcohol can ruin your life, it's time to get over your alcohol addiction. Neuro Psychiatric Addiction Clinic is there to help you through every step.
[Read more]

How To Get Off Benzos

Despite benzos being frequently prescribed medications, they actually carry many health risks due to their highly addictive quality. Physical dependence can develop quickly, and addiction treatment is necessary to quit the drug safely. As benzo withdrawal symptoms are among the most intense and dangerous, the withdrawal period can be highly uncomfortable, especially when someone stops […]
[Read more]
TESTIMIONIAL