Cocaine, also called coke or blow, is a popular central nervous system stimulant derived from the coca leaves from the coca plant in South America and is available in powder, liquid, and rock (crack cocaine) forms. Cocaine is one of the most used illicit substances in the United States, with around five million people reporting using it in the past year.

It is an expensive, even glamorous drug despite the mental and physical health dangers of cocaine use. It is popular for the intense energy and increased confidence that it provides due to how it affects your brain's neural pathways.

Cocaine’s effects can be felt almost immediately after a single dose is consumed and subside within a few minutes to an hour. The length of time the effects are felt depends on the method of administration. The faster cocaine is absorbed into the body, the quicker the high is felt and the shorter the duration.

For example, in relatively small doses, five to 30mg—snorting cocaine will generally make the user euphoric, energetic, talkative, mentally alert, and confident. Cocaine blocks pain receptors, so it can also make the user feel 'invincible' However, it is also common for these results to reverse as the user comes down as they begin to feel paranoid, aggressive, and anxious.

Psychostimulants such as cocaine have been used as performance enhancers throughout history. Some studies show a link between light cocaine use and short-term prospective memory performance. Many college students are misusing psychostimulants such as cocaine for cognitive enhancement. However, the long-term effects of cocaine abuse have negative consequences for the brain and cognitive performance.

Psychological and Physical Symptoms of Cocaine Use:

People abuse two chemical forms of cocaine: the water-soluble hydrochloride salt and the water-insoluble cocaine base.

The hydrochloride salt is powder cocaine; this is most commonly snorted through a straw or rolled up banknote. Finding rolled-up banknotes and straws can be signs of cocaine abuse or other drug use.

Snorting cocaine risks nasal congestion and damage to the nose and the other physical and mental health symptoms of cocaine use.

The other form of cocaine, crack, is created by combining the drug with ammonia or baking soda and water. Crack is produced when this is then heated to remove the hydrochloride, and a solid rock or crystal is made.

Although powder cocaine and crack are derived from the same drug and produce similar effects, society often views them very differently. The price of each form, the way they are consumed, and how they are made are all factors that affect this.

Regular cocaine users will quickly build a tolerance to the drug, requiring more and more to produce the same euphoric effects. The more cocaine a person takes, the higher the risk of cocaine toxicity and addiction. In addition to the increased risk of addiction and overdose, cocaine has lasting effects on the body and the brain.

Dangers of Cocaine Use on The Brain?

Cocaine produces the effects that users seek by triggering a release of hormones, including dopamine and norepinephrine, responsible for feelings of confidence.

Cocaine use also prevents dopamine, norepinephrine, and serotonin from taking up into the nerve cells. This can cause many neurotransmitters to accumulate, stimulating the surrounding nerve cells and increasing the pleasurable sense of euphoria.

One of the effects of cocaine addiction is that the brain becomes less sensitive to dopamine. This means that more significant amounts of cocaine are required to produce the same high that the user once felt, encouraging those abusing cocaine to consume more of the drug and increasing the risk of overdose. This can also cause certain mental illnesses, including chronic depression.

Due to the confidence-boosting effects of cocaine, those with an undiagnosed mental health disorder such as anxiety may use cocaine to feel more comfortable in social settings. Still, it is essential to remember coke is a hazardous drug and can worsen the effects of mental illness in the long term.

Cocaine use causes blood vessels to constrict, and chronic, regular use can decrease the quantity of oxygen delivered to the brain. This can cause brain damage and increase the risk of aneurysms. Other health risks of cocaine use include strokes, seizures, brain shrinking, and inflammation of blood vessels in the brain and spinal column.

Dangers of Cocaine Use to The Body

Cocaine can reduce the blood flow to the stomach and intestines, leading to tears and ulcers. Chronic or acute substance abuse can cause muscle fibers to die, and these dead fibers enter the bloodstream. This can both cause muscle damage and severe damage to the kidneys. Cocaine also causes a great deal of stress to the heart and can cause the following effects on the body:

According to the National Institute on Drug Abuse, about 1.3 million people had a cocaine use disorder in the past 12 months, with drug abuse becoming an increasing problem in the US. If you think someone you know might be abusing cocaine or has developed a cocaine addiction, there are signs to look out for. There are physical, psychological, and behavioral symptoms to look for.

Cocaine addiction treatment must start with detox so that all drug traces can be removed from your system. Those who have become dependent on the drug will likely experience withdrawal symptoms such as; depression, fatigue, increased appetite, insomnia, restlessness, and cravings. Cocaine withdrawal symptoms are generally not life-threatening but can be incredibly distressing and cause a person to relapse, so it is never recommended to attempt withdrawal alone. Treatment centers offer medical detox to help the patient manage cocaine withdrawal. A medical professional will monitor the patient's physical and mental health during medical leave and encourage them to continue with addiction treatment.

NPAC is a dual diagnosis treatment facility, so we support patients to overcome their drug addiction and provide support for any mental health disorders. Behavioral therapies, including contingency management and cognitive-behavioral therapies, have been shown to help treat cocaine addiction.

If you are worried about the drug use of a loved one or are struggling with addiction yourself, contact NPAC today to find out more about the cocaine addiction treatment process.

Read more blog posts in this category:
‹ How Long Does DMT Stay In Your System
Oxycodone Addiction Symptoms ›
Begin the first day of the rest of your life
To find out more contact our team
Call now
RELATED ARTICLES

Across the United States, Xanax is one of the most commonly prescribed benzodiazepines. Despite its common use among the general population, it’s still extremely addictive. With a high tolerance level and instant calming effect, Xanax abuse is becoming more widespread. Easily reachable online or via prescription, Xanax has become a quick way to self-medicate in […]
[Read more] 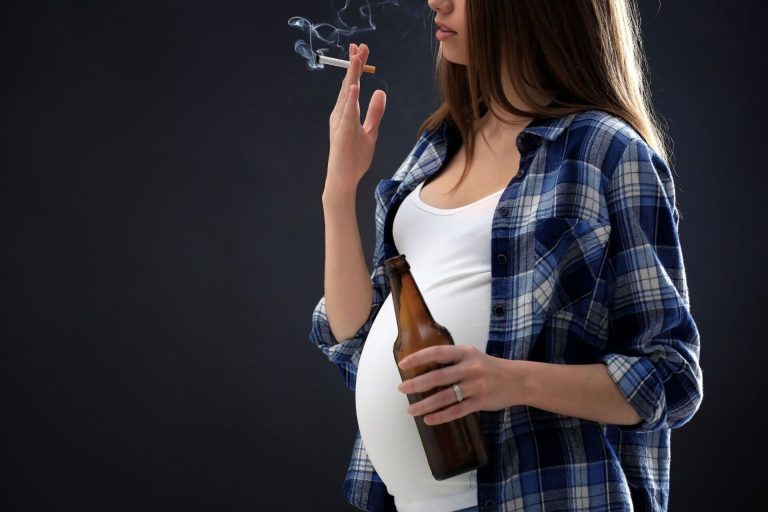 Dealing with Addiction During Pregnancy

Fentanyl is a powerful and synthetic opioid that is prescribed to control pain and is thought to be 50 to 100 times more potent than morphine, according to the National Institute on Drug Abuse. Due to its strength and a high chance of addiction, the drug comes with adverse side effects, such as an overdose. […]
[Read more]
TESTIMIONIAL