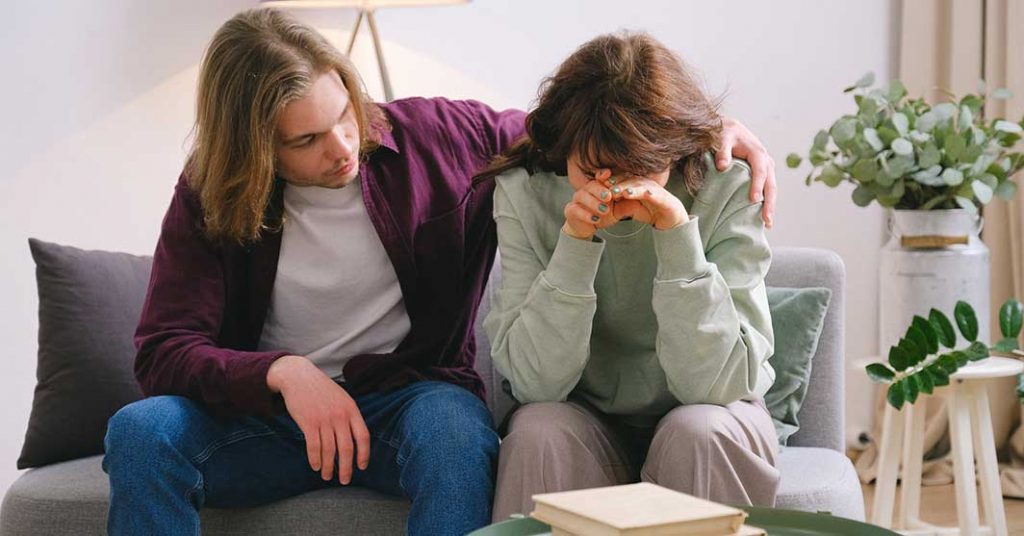 The combination of ketamine and alcohol can have serious, sometimes life-threatening effects. Individuals who mix ketamine and alcohol have an increased risk of urinary tract conditions, memory loss, slowed breathing, reduced heart rate, coma, and in some cases, death.

What Is Alcohol Abuse?

The majority of American adults will consume alcohol at least once in their life. Among those people, 6.7% will develop an alcohol addiction. Alcohol abuse is a severe problem characterized by drinking too much alcohol too frequently.

Typically, adults may be abusing alcohol if they drink alcohol in extreme quantities or for long periods without a break. If individuals feel they can't cope or function normally without alcohol, this could indicate that they are experiencing a problem. Likewise, those with addictions may find remaining sober for an extended time challenging. It is essential to seek help via American addiction centers in this instance.

Alcohol abuse can take many different forms, especially as the intensity of drinking, how frequently somebody drinks, and the alcohol they choose to drink varies from person to person. Some individuals may drink continuously throughout the day, while others might binge heavily in one go and then have periods without alcohol. Others may mix alcohol with other substances, leading to co-occurring disorders.

As alcohol is widely accepted in many cultures and is often part of socializing and celebrating, recognizing when somebody has an addiction can be difficult.

Substance abuse occurs when an individual compulsively seeks out and uses a drug, despite any negative impacts it may be having on their physical and emotional health.

This could be the use of illegal drugs, such as heroin and cocaine, or prescription drugs, such as opioids. Although all addictions are unique to the individual and the substance, the psychological condition of addiction has similar behaviors associated with it.

Drug addiction, or substance use disorder (SUD), is a condition that creates physical changes in the brain, producing urges to use a drug even though it could result in harmful consequences.

When an individual develops a drug addiction, the brain creates strong connections that lead to intense urges to use. The substance floods the brain with high levels of feel-good chemicals, producing overwhelming feelings of pleasure that interrupt the normal, functioning reward system.

Drug addiction often starts with experimenting in a social, recreational setting, but this can rapidly become a problem when the frequency and dosage increase. The risk of becoming addicted to a substance varies depending on the drug, and some drugs, such as opioids, bring a higher risk than others.

Over time, those who use drugs may need increased amounts to experience the same feeling. They may even require the drug to feel good. As drug use becomes more frequent, it may become increasingly hard to function without it, and many people may find themselves preoccupied with obtaining it. Any attempts to stop using the drug may result in intense cravings and withdrawal symptoms.

Anyone concerned about addiction must seek help as soon as possible. There are treatment options available via treatment centers, and addiction is treatable.

Ketamine, also known as special K, is a dissociative anesthetic drug used in medical procedures and sometimes to treat severe, chronic pain. The use of ketamine was approved by the Food and Drug Administration (FDA) in 1970. It is currently used as an anesthetic sedative for children, adults, and, more commonly, veterinary medicine.

In addition to this, ketamine has recently gained use as an antidepressant, especially for individuals who have not responded to other forms of treatment.

Pharmaceutical ketamine comes in a liquid solution, whereas recreational ketamine can be powder or liquid. When ketamine is taken in powder form, it is usually snorted, smoked alone, or combined with marijuana or tobacco. Liquid ketamine may be recreationally injected or mixed into drinks. It is also common for illicit ketamine to be cut with other drugs, such as amphetamine, cocaine, or ecstasy.

The effects can be felt almost immediately depending on how the drug is ingested. Users may experience a feeling of being calm or relaxed, and they may have distorted vision or sound and feel a disconnect from real life. Some people who use ketamine report experiencing hallucinations which usually last between thirty and sixty minutes. Users may also feel detached from their bodies, referred to as the k-hole.

Some other side effects and symptoms of ketamine use include:

Some individuals may have trouble coming round from the feeling of dissociation even after the high of ketamine has subsided. This disconnection from the world can be highly distressing. Studies have found that ketamine causes changes in brain neurochemistry, with regular users experiencing continued psychotic episodes, such as hallucinations.

Ketamine interrupts a person's judgment, attention, and cognition, and it can also aggravate pre-existing mental disorders, such as depression. Frequent use of ketamine has been linked to depression, and studies have found that people who regularly engage in ketamine use are more likely to be living with depression than those who use it occasionally.

Mixing Ketamine With Other Drugs

Using ketamine in combination with other substances, including prescription medications, illicit drugs, and alcohol, can cause severe side effects. The results of mixing ketamine and other substances range from discomfort and pain to increased risks of physical or sexual assault and overdose.

Using ketamine with other substances results in more adverse side effects. It can be especially dangerous if mixed with other depressant drugs such as alcohol, opioids, or tranquilizers. These substances slow the central nervous system, which can cause confusion, slowed breathing, heart problems, coma, and even death.

Individuals who use ketamine with other substances are at a greater risk of becoming intoxicated to the extent they cannot regulate their bodies and actions. This can put them in danger as they may suffer from things such as asphyxiation. They may also pose a risk to others as they become more vulnerable to sexual assault.

Cocaine and ketamine are commonly combined in party scenes. The name given to this combination is Calvin Klein. Cocaine is regularly used to increase the feeling of other substances due to its stimulating effects, which can be dangerous, particularly with ketamine.

Ketamine is also often mixed with ecstasy and amphetamines, which increases the risk of high blood pressure.

The Dangers of Mixing Alcohol With Ketamine

Mixing ketamine with alcohol comes with severe consequences. Although ketamine and alcohol work by affecting different neurotransmitter systems, some of the physiological reactions are similar and thus increase the intensity of the effects.

The reaction of ketamine and central nervous system depressant drugs, including alcohol, can cause users to collapse or pass out. Due to the decreased ability to regulate one's body when mixing ketamine and alcohol, there is also a chance of vomiting, choking, or overdosing. Mixing alcohol and ketamine also brings increased risks of memory loss, slowed breathing, coma, and in some cases, death.

It is thought that ketamine might contribute to urinary tract issues, including permanent damage to the urinary tract. The Global Drug Survey found that people who drink alcohol while using ketamine report more problems, including increased urinary frequency, pain while urinating, lower abdominal pain, slurred speech, and blood in their urine. To reduce the risk of these problems, people should avoid mixing alcohol and ketamine.

It is essential to be aware of the symptoms of an alcohol and ketamine overdose. If any of the following are experienced, it is vital to seek medical attention and support right away:

Ketamine is a dissociative anesthetic used in medical settings and for pain treatment. If abused or taken without medical supervision, ketamine can have severe, sometimes life-threatening, effects.

Support is available if a person experiences a ketamine addiction, drug abuse, or alcoholism. With appropriate addiction treatment, many can live a life free from the grips of addiction.

The first step in the recovery journey is seeking help. Get in touch with us today on (772) 444-88 to discuss the treatment and support we provide.

Read more blog posts in this category:
‹ Managing Depression in Recovery
Is My Husband an Alcoholic? ›
Begin the first day of the rest of your life
To find out more contact our team
Call now
RELATED ARTICLES

Long-Term Side Effects of Xanax

Xanax, a brand name of alprazolam, is commonly prescribed to treat anxiety and panic disorders. A type of benzodiazepine, research has found it to be highly effective in treating the symptoms of some mental illnesses, but unfortunately, it is also a potentially dangerous side. Xanax is one of the most frequently prescribed drugs in the […]
[Read more]

What is Alcohol? Alcohol is made up of the chemical ethanol and is created by a sugar conversion process by yeast from grains, fruits, and vegetables. The psychoactive ingredient is found in beer, wine, and liquor. People drink alcohol to relax, socialize, take their minds off their worries and celebrate an occasion, amongst other reasons. […]
[Read more]

You may wonder how dangerous taking cocaine can be. Can a cocaine addiction develop? Is the drug truly lethal? And how much cocaine does it take to overdose? Understanding what it is and how it affects the body may provide some insight. What Is Cocaine? Cocaine is one of the most infamous drugs in the […]
[Read more]
TESTIMIONIAL