How Long Does Tramadol Stay in Your System

Home > Blog > How Long Does Tramadol Stay in Your System

How Long Does Tramadol Stay in Your System

Tramadol is a prescription opioid that is prescribed for pain relief. When used as prescribed, tramadol is a safe and effective medication for treating moderate to moderately severe pain. However, misuse of the drug can increase the risk of developing dependence and addiction.

Understanding how the drug works, and how long it stays in your system can help you take the right precautions to avoid any adverse drug interactions and decreases the risk of a possible overdose.

Tramadol is a synthetic opioid analgesic medication that is prescribed to treat moderate to severe pain. Similar to other prescription pain medications, the drug works by binding on opioid receptors in the central nervous system and the brain to block pain signals. Tramadol also increases norepinephrine and serotonin, two neurotransmitters that are associated with our pain perceptions.

It is typically sold under the brand names Ultram, Ryzolt, and Ultram and is available in different forms. The immediate release begins to work about an hour after the first consumption and peaks around two to four hours after it has been taken. The extended form of tramadol releases dosages over a longer period of time and therefore stays longer in the system.

Tramadol is not as potent as other opioids and is classified as a Schedule IV drug by the Food and Drug Administration (FDA). This means that it has a low risk of abuse and addiction, although a tramadol addiction is possible if there is a misuse of the drug.

How Long Does Tramadol Stay in Your System?

The length of time that tramadol stays in a person's system is dependent on a variety of individual factors, as well as the type of drug testing method. However, on average, it is believed that it takes around about a day and a half to two days for the drug to be eliminated from your system.

Tramadol's half-life, meaning the time that it takes for half of the dose to be eliminated from the body, is around five to nine hours, and this is longer if you have consumed multiple doses.

The body breaks down tramadol in the liver where it is released in the urine. Around 30% of the dose is released through the urine unchanged, whereas the rest is converted into different metabolites before being excreted.

Different Drug Tests and When They Detect Tramadol

Tramadol is not detectable in all standard drug screening tests; however, advanced screening panels are used to detect the drug. Tramadol can be detected at different points, after the last dose of the drug, depending on the type of drug test that is being used.

A blood test is the quickest in detecting the drug after it has been consumed, and typically this is up to forty-seven hours after the last dose.

A saliva test can detect tramadol for up to two days after the drug has been taken.

Standard urine drug screens do not typically test for tramadol or other similar opioids. An extended opioid panel will most likely be used to detect tramadol. Urine tests will be able to detect the drug for one to four days after use.

Hair testing is known to detect drugs long after the last dose. If a hair test is used, it will be able to detect tramadol for as long as ninety days.

Factors That Influence How Long Tramadol Remains in the Body

Although the amount of time that tramadol will stay in your system can be estimated from the drug's known half-life. There are individual factors that affect how long the body takes to eliminate the drug.

It is believed that tramadol will stay in an older person's body longer than somebody who is younger. It was found that the half-life of the drug increases to seven hours in those who are over the age of seventy-five. Tramadol reaches higher levels of concentration in the blood of people in this particular age group.

If you have a slower metabolic rate, then tramadol will take a longer period of time to break down in the body. Diet, body composition, and activity levels all affect metabolism rates.

Tramadol is metabolized by enzymes that are present in the liver and are then processed through the kidneys. If there are any impairments in the liver or the kidneys, then this would increase how long tramadol stays in the system as it would take longer to break down.

Dosage and Type of Medication

If you have taken multiple doses of the drug, then tramadol will take longer to leave the body. Tramadol is available in two forms: immediate or extended-release. The extended-release will stay in your system for a longer time because the drug is slowly released over a lengthier period. Similarly, if you have been taking the drug for a short period of time, the body will clear it out quickly as it has had less time to build up within the body.

According to the World Health Organization, if you take tramadol as prescribed by the doctor, it is a safe and effective medication.

However, tramadol is habit forming which means that you can develop a psychological and physical dependence on the drug. This risk is increased if tramadol use is outside of the recommended dosage.

If you have become dependent on the drug, then it is likely that you will experience withdrawal symptoms if you decide to suddenly stop taking the drug or if you reduce your consumption. At times, these symptoms can be difficult to manage. Treatment centers offer guidance and support to help you ease withdrawal symptoms.

One of the most adverse risks of drug abuse is the risk of a tramadol overdose. The following symptoms could indicate an overdose:

The risk of an overdose increases if other drugs that depress the central nervous system have also been consumed. This includes other opioid drugs or alcohol.

If you spot any of these symptoms in yourself or a loved one, it is important that you seek professional medical assistance by calling 911. An overdose requires immediate medical attention. Similar to other opioid medications and drugs, an overdose can be treated with the administration of Naloxone if it is detected at the right time.

Neuro-Psychiatric Addiction Clinic (NPAC) is among the leading treatment and detox centers in the country. We offer a range of addiction treatment options delivered with the utmost compassion and care.

The United States is battling an opioid crisis that sees millions of people abusing opioids each year. If you are living with opioid dependence, we can support you and provide a safe space where you are able to effectively withdraw from opioids while receiving personalized medical care with long-term support.

We understand that treatment for mental health disorders or substance abuse disorders is not a one-size-fits-all approach. This is why we pride ourselves on giving the highest quality of care through an individualized treatment program that includes specialized and pioneering treatments, alongside traditional therapy methods. We want to ensure that the treatment process is fit for your needs to ensure you are able to reach your recovery goals.

If you believe you or a loved one is living with a substance abuse disorder, then reach out today to see how we can help you.

Read more blog posts in this category:
‹ How Much Does Rehab Cost?
Suboxone Detox and Withdrawal ›
Begin the first day of the rest of your life
To find out more contact our team
Call now
RELATED ARTICLES

How To Get Off Benzos

Despite benzos being frequently prescribed medications, they actually carry many health risks due to their highly addictive quality. Physical dependence can develop quickly, and addiction treatment is necessary to quit the drug safely. As benzo withdrawal symptoms are among the most intense and dangerous, the withdrawal period can be highly uncomfortable, especially when someone stops […]
[Read more]

Does Xanax Help With Opiate Withdrawal?

While not fatal, people experiencing opiate withdrawal often feel like it could be. The constellation of unpleasant and agonizing symptoms during opiate withdrawal can be enough to challenge the hardiest of people. Fortunately, there are ways to make an opiate withdrawal a little easier. This article lists plenty and offers insight into whether taking Xanax […]
[Read more] 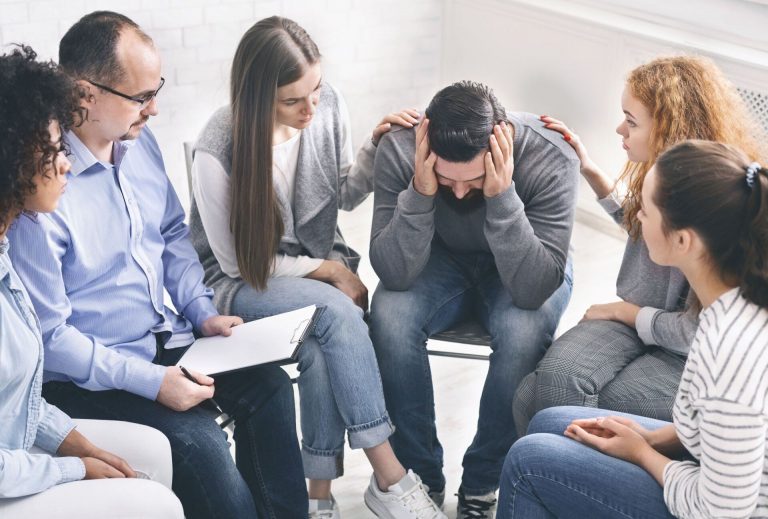 5 Signs You Need a Rehab Facility

If you or anyone you know has any signs and wants help to get over substance addiction, Neuro Psychiatric Addiction Clinic should be your one-stop destination.
[Read more]
TESTIMIONIAL