Home > Blog > How Long Does Meth Stay in Your System

Methamphetamine, often referred to as meth, Tina, or crystal meth is a central nervous system stimulant that is made from a combination of store-bought chemicals. Knowing the dangers associated with meth use, and how long the drug stays in your body could avoid dangerous and even deadly consequences.

Methamphetamine is a schedule II substance, meaning it is tightly controlled due to its high potential for abuse and addiction. Despite being highly stigmatized and often viewed purely as a dangerous illegal substance, as a schedule II drug Meth is recognized by the drug enforcement administration as being accepted for specific medical use.

Meth is prescribed under the brand name Desoxyn for the treatment of obesity and attention deficit hyperactivity disorder (ADHD) however it is tightly controlled.

According to NIDA, over two million people in the United States reported using methamphetamine in the past 12 months and it is involved in over 20,000 deaths each year. Additionally, methamphetamine overdose rates nearly tripled from 2015 to 2019, showing a steady rise in the danger of this psychostimulant. 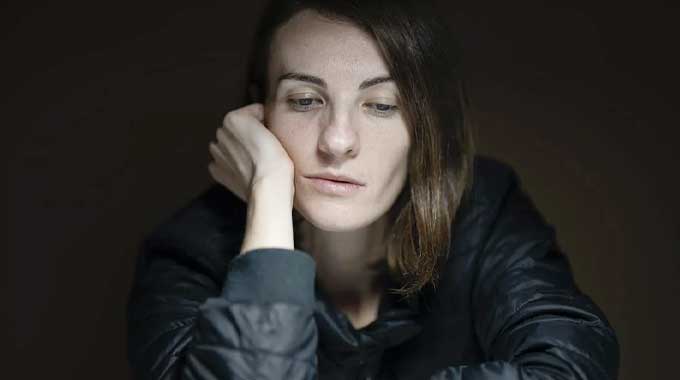 Explaining How Long Meth Stays in Your System

One of the most important questions for mitigating fatal overdose is; how long does meth stay in your system? Measuring the amount of time a drug takes to leave a person's system can be done by calculating its half-life. A drug's half-life is simply the amount of time it takes for half of the dose taken to be processed by the body into metabolic by-products.

It takes four to five half-lives for a substance to be completely eliminated from a person's system. The meth half-life is 9-24 hours, this is a relatively long half-life compared to other commonly abused substances. Comparatively, heroin has a half-life of two to six minutes.

Due to the fact that meth remains in the body, mostly unchanged by the body’s metabolism, for a long period of time, stimulant effects also last much longer than other drugs.

A urine test is one of the most common forms of drug tests, as the least-invasive method for drug detection, it is also low-cost and widely available. When the body metabolizes methamphetamine, amphetamine is produced. A meth user will generally test positive for up to 72 hours after the last dose. Generally, urine tests will detect amphetamine-type stimulants for 3 to 5 days after the last administration.

For chronic users, this window may be longer and meth could be detectable for up to a week.

Saliva tests are effective at detecting meth use almost immediately after the drug has been taken. A meth user can test positive for meth on a saliva test within 10 minutes of use. Meth remains detectable for 20 to 48 hours depending on several factors including how regularly a person engages in substance abuse.

Blood tests to detect meth are less common, as it is an invasive and more expensive drug test. Meth use can be detected for up to 48 hours after the last dose is consumed.

A hair test has the largest window of detection, with meth remaining detectable in a person's hair for up to 90 days. People who have been using meth for extended periods of time may have much longer hair detection windows, however. 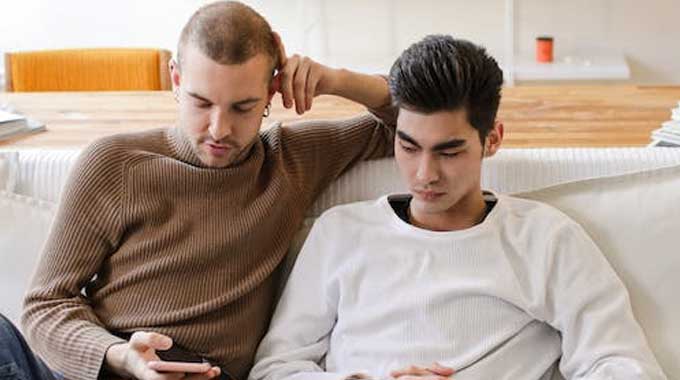 If you are wondering how long meth stays in your system, and how long it is detectable in a drug test, it may be time to consider the dangers of drug abuse and the effects that it can have on your life.

Drug abuse can affect anyone, and there should be no shame in admitting that you are struggling. Drug addiction or abuse is not caused by a weak personality or lack of self-control. There is a range of risk factors that make you more likely to turn to substance abuse. Whatever the cause or history of your drug abuse, knowing the dangers and exploring addiction treatment programs is recommended.

Meth abuse can have a profound effect on relationships, health, and finances, often disrupting all areas of your life as the addiction progresses.

The immediate effects of meth use are rapid or irregular heartbeat and a heightened body temperature, referred to medically as hyperthermia.

The long-term effects of methamphetamine use are wide-ranging. The consequences of chronic use include:

Similar to other addictive substances, meth users often build up a tolerance to the drug. This means they are driven to increase the dose they consume in order to feel the same effects that they did in the beginning. They may also explore different ways of consuming meth to feel a more intense meth high. After a time, meth users no longer experience the same euphoric feeling, which can mean taking such large quantities that it leads to a high risk of overdose.

Many people who abuse meth also consume other substances, such as alcohol. This is a common combination and many report drinking alcohol with meth to 'take the edge off' and calm the jitters that meth can cause. This can increase the health risks, however. Alcohol can slow the metabolism, impairing liver functioning. This can impact the body's ability to metabolize meth, meaning it remains in your body for longer. This is important to consider when planning to take another dose, to mitigate the risk of overdose.

Substance abuse may start with experimentation or self-medication but can spiral and become dependent or addicted. Methamphetamine addiction can feel incredibly intense and difficult to break free from but there is always the chance of recovery.

Meth addiction treatment will always begin with detoxification, which is the process of removing all traces of the drug from your system. This generally comes with a predictable set of withdrawal symptoms which can make the process very challenging. Meth withdrawal shouldn't be attempted alone, not only do the symptoms cause many people to relapse, but they can be dangerous.

Crystal meth withdrawal can result in both physical and psychological symptoms that range from mild to severe. The intensity of these symptoms can vary from person to person, depending on patterns of use and body type. Medical supervision is recommended for withdrawal management to mitigate risks of dangerous symptoms like seizures and dehydration.

Psychological Symptoms during meth withdrawal can be incredibly challenging to manage. It is important for you and the people close to you to be prepared for the changes your state of mind may go through. This can include:

Withdrawal symptoms are challenging but an essential first step of addiction treatment. They will come to an end, and when they do you will have taken the first step toward substance abuse recovery. 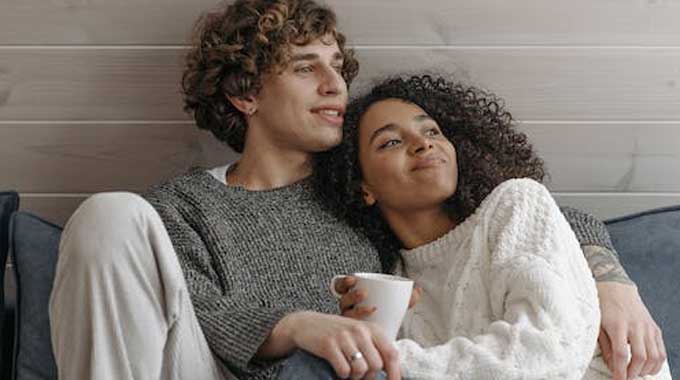 How Long Does Meth Withdrawal Take?

Knowing how long meth stays in a person's system is helpful for preparing yourself for the withdrawal process.

Research has found meth withdrawal to have two phases. The initial 24 hours after the last consumption of meth is generally the most intense period of the withdrawal process. Gradually over the next ten days, symptoms become less intense. For some people there can also be a later phase, lasting an additional few weeks to months called the post-acute withdrawal phase.

Day One and Two

Due to the long meth half-life, withdrawal symptoms can take up to 24 hours to appear. During the first 24-48 hours, withdrawal symptoms begin. Most people will experience low energy and impaired cognitive function as well as nausea, abdominal cramping, sweating, and tremors. In extreme cases, there is a risk of seizure. For this reason, observation by licensed medical professionals is recommended.

the first week of methamphetamine withdrawal symptoms peak. During this period the body is trying to adjust to life without the presence of meth and regain a state of equilibrium. As this happens, some people may experience disrupted sleep in addition to mild to severe anxiety, depression, or even psychosis in cases of chronic, long-term meth abuse. Intense drug cravings, shakes, and muscle aches are also common.

During the end of the second week, physical symptoms have subsided, although the persistence of fatigue, depression, and anxiety are common in chronic users.

Seeking treatment may seem overwhelming, but you are not alone. While the treatment process begins with detox, this is just the first step. Treating a substance use disorder (SUD) requires a treatment program specifically for your needs. This may include treatment for co-occurring behavioral health conditions such as alcohol dependence, or mental health conditions such as depression as well as clinical approaches such as cognitive behavioral therapy or group therapy.

Inpatient treatment options are a private and convenient solution to recover from a substance use disorder. Support groups are also a great way of finding a community to relate to and find support from.

If you are seeking addiction treatment services, consider NP Addiction. We offer safe and caring withdrawal management plans in addition to a range of inpatient treatment options, creating individualized plans for each client. Contact us to learn more about our treatment options today.

What Is Suboxone? Suboxone is a combination brand-name medication drug that contains a mixture of buprenorphine (a partial opioid agonist) and naloxone (an opioid antagonist). Suboxone is a brand-name prescription drug that treats heroin and opioid dependence. Suboxone will usually be prescribed in the form of a tablet or a strip that dissolves when inserted […]
[Read more]

How Long Do Opiates Stay in Your System?

What Are Opiates? The word opiate refers to a number of naturally occurring opiate alkaloids, such as morphine, codeine, and thebaine, which are extracted from the seed pod of the opium poppy plant. These substances serve as the chemical constituents of many semi-synthetic opioids, such as heroin, oxycodone, and hydrocodone. The term opioid refers to […]
[Read more]

Methamphetamine (also sometimes referred to as "crystal meth", or simply "meth") is a strong central nervous system stimulant that is mostly used as a recreational drug. It has a long history of abuse and can have extremely damaging effects on your body. Suddenly stopping after prolonged use can produce unpleasant withdrawal symptoms, so it's important […]
[Read more]
TESTIMIONIAL