How Long Does MDMA Stay In Your System?

Home > Blog > How Long Does MDMA Stay In Your System?

How Long Does MDMA Stay In Your System?

The amount of time MDMA stays in your system depends on the quantity you consume, your metabolism, and other personal characteristics. In general, blood, saliva, and urine drug tests can detect MDMA between one and three days after ingestion, while hair tests may be positive for up to three months.

Read on to find out more about MDMA, its effects on the body, and the different detection windows.

MDMA (3,4-methylenedioxymethamphetamine) is a synthetic drug with hallucinogenic and stimulant properties. It may also be described as an empathogenic, a substance that increases experiences of empathy and self-awareness. Often referred to as a party drug or club drug, MDMA is typically used for its recreational effects to stay out late, enjoy music, or connect with friends.

MDMA often comes in tablets or pills known as 'ecstasy'. Ecstasy pills are rarely pure MDMA and are frequently 'cut' with unknown and unsafe substances.

You can also find MDMA as an off-white crystal or powder (sometimes in a capsule) that users crush and swallow or snort. While many people believe powder forms of the drug to be 'purer', analyses suggest that all forms of MDMA often contain multiple substances.

Street names for MDMA include mandy, molly, and E.

Is MDMA an Illicit Drug?

MDMA is classified by the Drug Enforcement Administration (DEA) as a Schedule 1 controlled substance, meaning it has a high potential for abuse and currently no accepted medical use.

What Is the Scope of MDMA Use in the United States?

According to the 2020 National Survey on Drug Use, 0.9% of people over the age of 12 used MDMA in the past year (approximately 2.6 million people).

How Long Can a Drug Test Detect MDMA in Your System?

MDMA is detectable in your body from anywhere between one and ninety days. The detection windows vary according to the type of drug testing, frequency of use, and individual characteristics such as a person's metabolism and body mass.

When you take MDMA, your body metabolizes the substance, breaking it down into smaller chemical compounds called metabolites that it absorbs into the bloodstream or excretes in urine.

Drug tests can detect MDMA in urine within one to two hours after ingestion, for a duration of one to three days.

MDMA is a fast-acting substance, meaning it quickly reaches your bloodstream and travels to your brain. Blood tests can detect MDMA in your blood within 15-30 minutes of consumption until one to two days after ingestion.

MDMA may show up in saliva tests for one to two days after ingestion. Since people typically ingest MDMA through the nose or mouth, it tends to be detectable in the saliva quickly - sometimes within 15 minutes of ingestion.

As with many other drugs, MDMA can be detectable in hair tests for months after ingestion. After MDMA is absorbed into your bloodstream, tiny particles of the substance travel to hair-producing follicles. These particles remain in the segment of hair that grows at the time of ingestion and usually tests positive for up to three months.

How Quickly Does Your Body Metabolize MDMA?

Metabolization is the process by which your body breaks down MDMA into smaller molecules that it either uses or excretes via urine.

When you take MDMA, it travels into your intestinal tract and passes into the bloodstream. Drug metabolism of MDMA mainly takes place in the liver, which turns it into other molecules (metabolites).

MDMA has a half-life - the time it takes to clear half of the drug from your system - of about eight hours. It takes around 40 hours for 95% of the substance to leave your body.

MDMA's metabolites may remain in the bloodstream for much longer than the substance itself - urine tests may detect them for 7 days after ingestion. However, conventional blood tests do detect metabolites.

What Are the Short-Term Dangers of MDMA?

A study investigating the subjective and physiological responses to controlled oral MDMA administration found that MDMA consumption may lead to:

Medical examinations have found that MDMA users may experience a dangerously high body temperature (hyperthermia), with potentially fatal consequences. However, studies have found no clinical evidence that controlled MDMA administration results change in body temperature. Research suggests that this effect may be a result of environmental factors surrounding MDMA use, such as dancing and over-heated spaces.

Addiction is when you compulsively seek and use a substance, despite any negative consequences. Addiction can be a devastating disease with serious consequences for your physical and mental health, work, and social life. Common signs of addiction include:

While research has not yet offered a definite answer on whether or not MDMA is addictive, the substance acts on many of the same neurotransmitter systems as other addictive drugs. Studies show that MDMA affects the serotonin and dopamine systems in our brain, both of which are associated with substance use disorders and addictive behaviors.

Moreover, some users of MDMA report symptoms associated with addiction, including MDMA withdrawal symptoms, tolerance, inhibited control over drug use, and cravings. Animal studies also show that animals will self-administer MDMA, an indicator of addictive properties.

If you are struggling with MDMA addiction or drug abuse, there is help available. Addiction treatment programs can support you to overcome addiction and return to your best self.

Treatment options may include:

While seeking treatment may seem scary, it is the first stage on the road to recovery. You can contact your health care provider for more information or use the Substance Abuse and Mental Health Services Administration (SAMHSA) treatment finder to explore therapeutic options near you.

For over 60 years, Alina Lodge has offered unequaled addiction treatment services from our residential rehab center in New Jersey. Our research-based recovery programs combine a diverse selection of treatment modalities, delivered by our exceptional clinical team. We're committed to providing the very best treatment available, continually adapting and evaluating our program with the latest advances in addiction science.

We deliver our top-tier clinical care with compassion, consideration, and empathy. Our programs emphasize integrated treatment that encompasses the whole person and their family, laying the foundations for meaningful and long-term changes that support life-long recovery.

If you or someone you know is struggling with substance abuse, contact us today. Our experienced staff can answer any questions you may have and talk you through the next steps. It's time to make the change.

Read more blog posts in this category:
‹ Signs of Fentanyl Overdose
How to Stop Alcohol Cravings ›
Begin the first day of the rest of your life
To find out more contact our team
Call now
RELATED ARTICLES

Xanax is the brand name of the drug alprazolam, a benzodiazepine medication often prescribed to treat anxiety disorders, including generalized anxiety disorder (GAD), panic disorders, and agoraphobia. As a central nervous system depressant, Xanax slows down the nervous system, producing a calm, relaxed feeling. Although it is a prescription drug, there is the potential for […]
[Read more]

Methamphetamine (also sometimes referred to as "crystal meth", or simply "meth") is a strong central nervous system stimulant that is mostly used as a recreational drug. It has a long history of abuse and can have extremely damaging effects on your body. Suddenly stopping after prolonged use can produce unpleasant withdrawal symptoms, so it's important […]
[Read more] 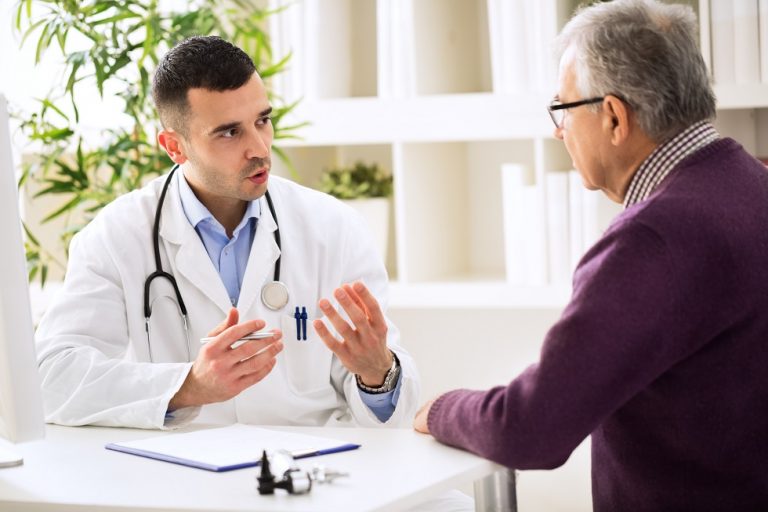 6 Things to Consider When Choosing an Addiction Facility

It is vital to choose the right facility for optimum recovery. If yes, please reach out to Neuro Psychiatric Addiction Clinic will help you on your recovery.
[Read more]
TESTIMIONIAL