How Long Does Heroin Stay in Your System?

Home > Blog > How Long Does Heroin Stay in Your System?

How Long Does Heroin Stay in Your System?

Heroin is a highly addictive opioid drug. Though illegal in the United States, opioid misuse has led to a ​national crisis, which has had devastating effects on those who abuse heroin and society at large.

When heroin is abused, overdose is common, and the ripple effects on friends, family members, and communities are significant. For example, heroin abuse can cause relationships to break down, account for crime, and increase hospital admissions. It can also destroy families and have a detrimental impact on children.

When answering the question, "how long does heroin stay in your system?" it is crucial to remember that this depends on the amount taken and the frequency the drug is taken. However, drug screening is an effective way to determine whether someone has misused heroin.

Fortunately, addiction treatment options are available for those struggling with drug abuse. Substance use disorder is a treatable disease, and with the right help and treatment, anyone can overcome their struggles with heroin. Treatment can also prevent addictions from arising.

Heroin is a dangerous, illegal drug that belongs to the opioid family. It is made from morphine, a natural substance extracted from the seed of poppy plants, which grow in parts of Asia, Mexico, and Colombia.

Heroin is known as a semi-synthetic opioid because it is derived from morphine before being processed chemically. Due to its highly addictive nature and potential for misuse, it is not used in medicine.

Opioids work in the body's central nervous system by providing pain relief and enhancing feelings of pleasure. Like other drugs in this group, heroin can cause the user to experience a euphoric rush and a detachment from emotional and physical pain. A feeling of bliss and tranquility follows this.

In its pure form, heroin is a fine, white powder. If other substances are mixed into it, street heroin can also be brown and grainy. It can also be a dark brown sticky, tar-like substance.

What Is Heroin Addiction?

Heroin addiction is characterized by an inability to stop using heroin despite its negative health consequences. It is easy to develop a tolerance to heroin, meaning that larger doses are needed to achieve the desired effect.

Why Is Heroin Dangerous?

Repeated heroin use causes changes to both the physical structure and physiology of the brain. These changes enable a dependency to develop quickly. With repeated use, those who use heroin will be at risk of developing a heroin use disorder, which is a chronic disease. Heroin use disorders destroy lives because the main priority of those suffering is acquiring and using heroin, whatever the consequences.

Due to its addictiveness, severe risks of overdose and death accompany heroin use. It is also frequently cut with blood vessel clogging additives, leading to permanent damage of many vital organs, including the brain, lungs, kidneys, and liver. Decision-making, stress responses, and behavior control can all be impacted by heroin use.

Heroin is commonly injected into the veins, putting users at greater risk of contracting diseases like HIV, Hepatitis B, and Hepatitis C due to using needles. It also increases the threat of blood poisoning, collapsed veins, and skin infections, especially if needles are shared.

Is It Easy To Detect Heroin?

To detect heroin, it has to be present in a user's system in some way. So, how long does heroin stay in your system? To answer this, we need to consider its half-life.

Half-life refers to the time it takes for half of the drug to be flushed out of the body. Heroin can be challenging to detect in a person's system because it has a particularly short half-life of approximately three minutes. It takes roughly five half-lives for the body to rid itself of a drug entirely.

Inside the body, heroin is quickly broken down by the liver into other substances known as metabolites. These metabolites linger in the body for much longer than heroin itself, making it easier to detect the drug in drug tests. For example, heroin metabolites such as 6-acetyl morphine (6-AM) and morphine will often be observed in tests, enabling those conducting them to distinguish the use of heroin over other drugs or opioids.

Below, we have shared a number of standard drug tests. However, it should be noted that blood and saliva tests aren't as frequently used in detecting traces of heroin due to the short half-lives of the drug and its metabolites.

As heroin is only detectable for up to six hours after consumption, it is not common for blood tests to be used when conducting drug tests.

Evidence of heroin use can be detected for up to one hour in a saliva test. Therefore, they have to be administered very quickly to be effective.

Drug testing for heroin can detect morphine in foods containing poppy seeds, such as muffins, seeded bread, or bagels. If a person eats any of these foods before a drug test, they may produce a false-positive result.

Certain medications can also produce false-positive results. For this reason, anyone being tested for drugs will need to inform the testing laboratory of any medications taken.

What Can Affect How Long Heroin Stays in Your System?

How long heroin stays in an individual's system can be affected by a range of different factors. These include:

What Are the Heroin Addiction Treatment Options?

Seeking addiction treatment takes strength and courage, so well done for beginning this journey. Luckily, there are a wide variety of American addiction centers to choose from to suit each person's addiction recovery needs.

Many people wishing to detox from opioid drugs will attend a rehab treatment center to secure the best support available, avoid relapse, and have a safe experience. Medical assistance, including professional medical advice, is available at treatment facilities to ensure the process is completed safely and carefully.

After detox, it is vital to continue to treat any underlying mental health conditions and psychological addiction. This can be done by attending support groups, therapy, counseling, and lifestyle interventions.

Heroin addiction can be terrifying. Many people will feel like they have lost all control and are stuck in a vicious cycle of substance abuse. However, treatment options are available, and beginning this journey to overcome addiction is rewarding.

Read more blog posts in this category:
‹ Is My Husband an Alcoholic?
How Long Does Cocaine Stay in Your System? ›
Begin the first day of the rest of your life
To find out more contact our team
Call now
RELATED ARTICLES

How Long Does It Take To Detox Your Body?

If you are searching for answers to the question "how long does it take to detox your body?" you may be about to start a detox treatment program. If so, congratulations on setting off in the right direction. If you are reading because you require detox, you too can make this brave jump towards recovery. […]
[Read more] 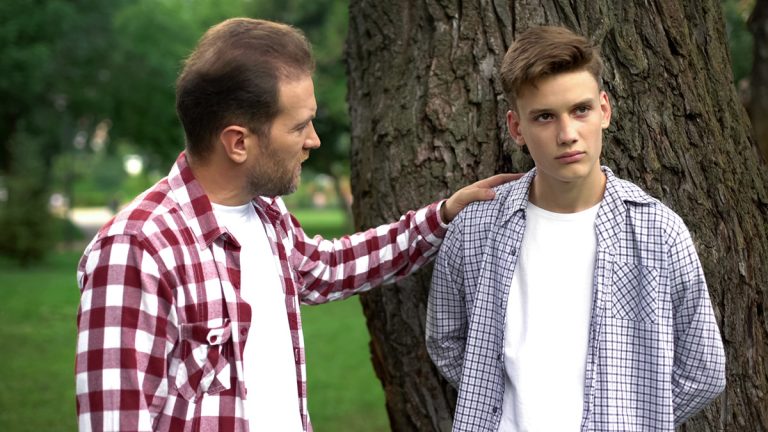 What Is a Drug Addiction? The National Institute on Drug Abuse explains how drug addiction, also known as substance use disorder is a "relapsing brain disease." This occurs when someone craves a substance and struggles to not use it. Besides the aforementioned signs of drug addiction, there are other signs to look out for that […]
[Read more] It's normal to drink alcohol sometimes - we might have a glass of wine with dinner, enjoy a beer at a football game, or go to a bar to meet friends. Drinking in moderation can be healthy and not something to worry about. However, excessive and problematic drinking can cause severe damage to our health, […]
[Read more]
TESTIMIONIAL