Alcohol is made up of the chemical ethanol and is created by a sugar conversion process by yeast from grains, fruits, and vegetables. The psychoactive ingredient is found in beer, wine, and liquor. People drink alcohol to relax, socialize, take their minds off their worries and celebrate an occasion, amongst other reasons.

Over 80% of people in the USA consume alcohol according to a 2019 Substance Abuse and Mental Health Services Administration (SAMHSA) survey. Despite its normalization in many cultures, alcohol is one of the most deadly and addictive substances for humans. It was also found that over 25% of people regularly participate in binge drinking; the consumption of excessive amounts of alcohol in a short period of time.

Alcohol's Effects on the Body

Alcohol interacts with the brain's communication pathways and changes the way it functions to alter mood, behavior, and coordination. Alcohol is a central nervous system (CNS) depressant, meaning it decreases the amount of signals being sent between the nerves in the body and the brain.

This results in a number of short-term effects which can appear after just one drink. These can last for a number of hours depending on how much alcohol is consumed. Some of these effects include:

Regular binge drinking can be damaging to a person's physical and mental health and well-being, with long-term effects of drinking the substance including:

Due to these damaging effects on humans, around 95,000 people annually die from alcohol-attributed causes according to the Centers for Disease Control and Prevention (CDC). Alongside posing a risk of a fatal overdose, alcohol consumption increases a person's risk for a number of deadly diseases such as:

As mentioned, alcohol is a highly addictive substance. Nearly fifteen million people ages twelve and older live with alcohol addiction - also called alcohol use disorder. Alcohol addiction can be described as a chronic relapsing disorder that is associated with compulsive drinking despite the negative impact it may be having on their personal, professional, monetary, and legal situation. This powerful and complex mental illness can take over the reward, pleasure, and decision-making centers of a person's brain, changing its chemical and physical structure.

Common signs of alcohol use disorder include:

The body naturally wants to find balance in its processes. When someone regularly partakes in binge drinking over an extended period of time, their body adapts to the intake of the substance to find balance and becomes dependent on it to function. If someone with alcohol dependency suddenly decreases the amount they drink or stops altogether, they can experience intense withdrawal symptoms. Alcohol withdrawal syndrome can include mild to deadly symptoms. These range from:

Meth - or methamphetamine - is a highly potent CNS stimulant. Among people aged twelve and older, 2.6 million people in the USA used methamphetamine in the last year, according to it a 2020 survey from the National Survey on Drug Use and Health (NSDUH).

Meth was created for medical use, being prescribed to treat attention-deficit hyperactivity disorder (ADHD) and the sleep disorder narcolepsy, though due to the high it creates, is abused as a street drug. The highly addictive chemical commonly comes in a blueish-white crystal form. People can take meth in various ways, including: 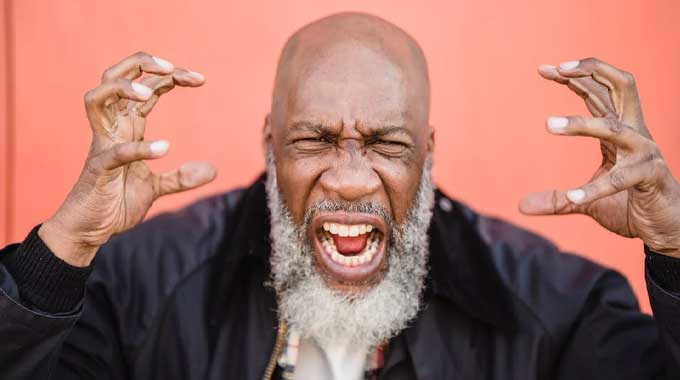 Meth's Effects on the Body

When meth is consumed, its user feels almost immediate effects from the drug. These can include:

The euphoric high is due to meth's interaction with the brain. The drug prompts the release of the neurotransmitter dopamine and influences its reward systems. This natural chemical plays a key role in body movement, desires, motivation, and rewards, pushing people to repeatedly abuse the drug.

When the rapid high wears off, more unpleasant symptoms can appear. There are also a number of disease risks with taking meth, some are specific to the method of administration. These include:

As with alcohol use disorder, meth addiction also holds a powerful hold over people's minds; changing how their brain functions to keep on repeating the drug-taking behavior. These neurological changes may be able to be reversed one year after stopping taking the drug, though for some people their brains never repair.

Methamphetamine's short-lived euphoric high and rapidly intense withdrawal symptoms results in a high potential for abuse and addiction to the drug. People tend to binge on the drug, taking repeated doses to avoid crashing down. When people take meth over and over for multiple days this is called a "run." Here people give up sleeping and eating in order to stay up and keep taking meth.

Withdrawals for a person dependent on meth include:

Combining multiple kinds of drugs is termed poly-drug use and is quite common, with 16% of methamphetamine-related emergency hospital visits also involving alcohol abuse. People engage in this activity to adjust the high they experience and it is possible to become addicted to both when they do this.

Why Do People Mix Meth and Alcohol?

Mixing meth and alcohol is a way to: 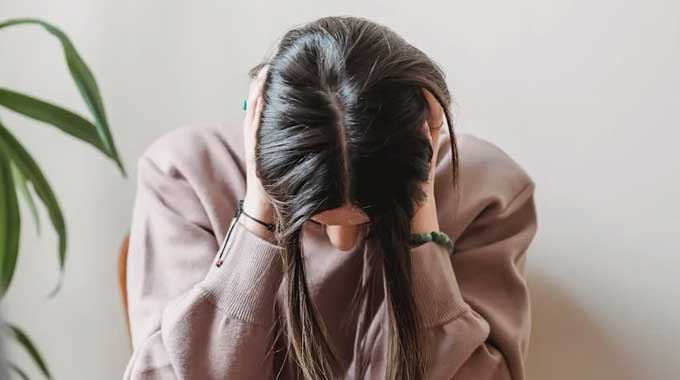 The extended and amplified high that comes from combining meth and alcohol results in a higher chance of abuse, addiction, and the chance of overdose compared to if the substances were taken individually.

Combining meth and alcohol can cause extremely disruptive withdrawals that can impact the way the body and mind function. These are a combination of symptoms from each of the drugs, such as vomiting, intense drug cravings, and psychosis.

Meth abuse is a lot easier to spot than alcohol abuse due to the more intense effects of the substance, when the two drugs are abused in tandem some resulting symptoms include:

What Are the Dangers of Mixing Meth and Alcohol?

On top of the health risks that each substance poses when abused alone, alcohol and meth abuse comes with added dangers also. Mixing alcohol and meth results in users not feeling the effects of the substances as strongly as before and being less drunk despite consuming large amounts of alcohol. This results in risky behavior - like drunk driving - as people underestimate their intoxication levels.

Furthermore, this encourages more heavy consumption of alcohol for the user to feel drunker, increasing the risk of alcohol toxicity. Alone meth and alcohol both pose a chance of suffering from a fatal overdosing, though when combined this risk is increased even further.

The crash when coming down from meth is actually worsened when going through an alcohol hangover also. People will often feel intense depressive symptoms and intense discomfort during this period, increasing their risk of death by suicide. These substances combined are also extremely dangerous for the neurological development of unborn babies.

Signs of an Overdose from Alcohol and Meth

If you suspect you or someone you are with has overdosed from alcohol, meth, or a combination of the two, ring the emergency services immediately. It is helpful to have the following information:

When an overdose is occurring, the body and brain are overstimulated, resulting in deadly effects. It can be difficult to detect an overdose as many of the signs are similar to the high of the substances. Here are the symptoms to look out for: 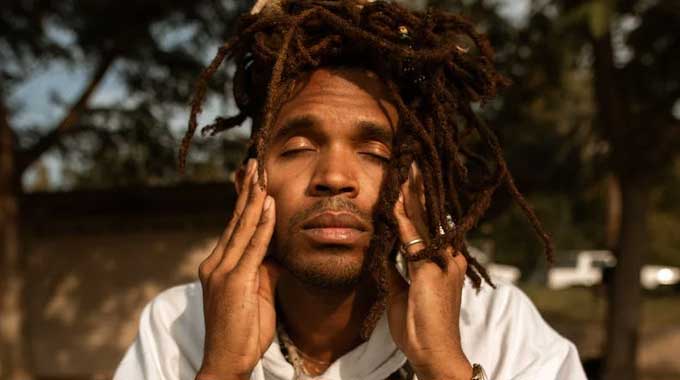 The first step on the path to a drug-free life is undergoing a medical detox, where the person stops taking the substance and becomes sober. This can last from 3 days to a week and it is vital that a trained professional is there to assist in this process, offering around-the-clock care and being able to prescribe medication if necessary. This makes the process as safe and successful as possible.

When wanting to quit meth and alcohol, it can be appealing to go cold turkey to move past the intense and uncomfortable withdrawals as swiftly as possible. However, it is essential this is done under expert medical supervision as alcohol and meth withdrawal can be fatal.

Medical detox is the first step in the difficult journey to defeat addiction, though this is just the start of the process. Undergoing therapy is essential for the success of long-term recovery. It is important to access therapy or counseling from a certified addiction professional who uses evidence-backed techniques to help their clients face their addiction.

The job of a drug abuse counselor or therapist is to:

Attending an inpatient program at an addiction treatment facility allows people to overcome their substance use disorder in a fresh and relaxing environment with medical staff on call if needed. Going through treatment in a space not associated with past drug-taking habits or negative memories allows for more success during the recovery process.

Rehabilitation centers also offer a valuable chance to gain a sense of routine and pick up healthy eating and exercise habits. This allows for the body to start to repair from the damage drug abuse enacts on it and for this healthier way of living to be taken forward into the person's life when they finish their program at the addiction treatment facility.

Treatment centers offer professional treatment advice from drug abuse counselors that is highly individualized to the patient at hand, commonly offering multiple kinds of therapy and approaches depending on what kind of recovery is needed.

The cost of treating drug and alcohol dependence varies between treatment centers, what kind of substance abuse needs treating, and if any other medical or mental health conditions are present. 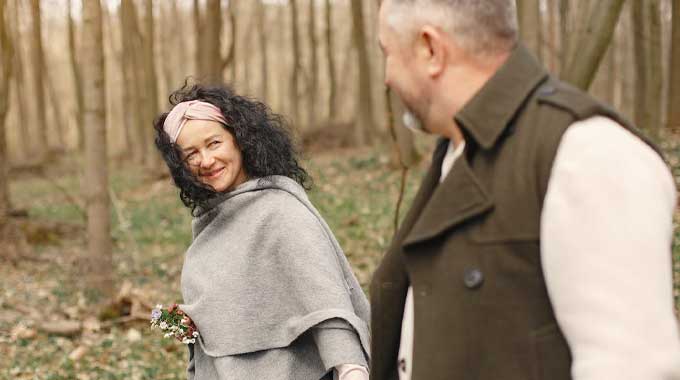 Support groups can be an incredibly valuable resource when overcoming any form of addiction. Whether you are the person with a substance use disorder yourself or if it was someone in your life, the supportive and understanding environment of support groups can be vitally healing. Hearing other people's stories, tips and journeys can offer a source of inspiration and let people know they are not alone in this battle against their addiction.

Overcoming a meth and alcohol addiction is not an easy challenge to face, however, with professional guidance, it is possible to overcome your substance use disorder and gain back control over your life.

At NP Addiction, we offer a number of programs built around an evidence-based methodology to ensure our clients have a swift and successful recovery. This includes therapy, physical activities, and mindfulness. To find out more information, contact us today.

Read more blog posts in this category:
‹ Am I Drinking Too Much? Signs of an Alcohol Problem
Fentanyl Detox ›
Begin the first day of the rest of your life
To find out more contact our team
Call now
RELATED ARTICLES

As you or a loved one consider stopping fentanyl use, you may be wondering about the detox process. Could it be difficult, or dangerous? What Is Fentanyl? Fentanyl is a synthetic opioid, often used to treat severe pain or chronic pain brought on by physical injuries, cancer, or major surgeries. As part of the opioid […]
[Read more]

A lot of people don't see alcohol as a problematic substance. It plays an important role in social activity among many cultures around the globe. Some users are able to use it responsibly, by not having too much of it too regularly. However, if you find yourself asking "Why can't I stop drinking alcohol?", then […]
[Read more]

How Long Does Ecstasy Stay in Your System?

Ecstasy is a common party drug whose use is widespread both within the US and in other countries. It leaves a user feeling euphoric, energized, and with a sense of emotional closeness to other people due to the way it works in the brain. But how long does ecstasy stay in your system? To answer […]
[Read more]
TESTIMIONIAL