Prescribed by medical professionals, amphetamines can treat conditions including attention deficit hyperactivity disorder (ADHD). While many people overlook the prospect of developing an addiction to prescription drugs, they come with the same risk as illegal drugs, especially when not taken as recommended.

Amphetamine abuse can cause short and long-term health problems as well as addiction. If an addiction arises, it is best to complete an amphetamine detox. As the first stage in addiction treatment, detox flushes the body of all substance traces. While amphetamine withdrawal can be challenging, medical supervision via a treatment center can make it easier.

Recovery from substance abuse is a long road, but support is available every step of the way via American addiction centers, such as our own.

Amphetamines are central nervous system stimulants designed to improve focus and decrease restlessness. Like other stimulant drugs, amphetamines increase the speed of messages between the brain and body.

As touched on above, amphetamines are primarily used to treat ADHD. They can also treat narcolepsy and may sometimes be prescribed for obesity.

Due to the potential for abuse and addiction, amphetamines are a controlled substance. In the United States, they are a class B drug, moving up to class A when prepared for injection.

Injecting and misusing amphetamines is extremely dangerous. For this reason, it is important to seek help via American addiction centers, where treatments such as detox and therapy are available.

Why Does Amphetamine Abuse Happen?

There are several factors why amphetamine abuse may occur. In some instances, users might not be aware that they are misusing amphetamines. As a result, understanding the dangers of amphetamine abuse can help many people control their drug use and avoid addiction and other adverse health consequences.

When misused, prescription drugs are just as dangerous as street drugs. In fact, using amphetamines is illegal without a prescription.

Even when prescribed, it is possible to abuse amphetamines. Signs of prescription abuse include taking medication for its side effects such as feeling high, reducing appetite, improving study performance, or experimenting.

Another sign of misuse is upping the dosage without permission. Some people may seek higher doses because they no longer feel the effects. This is otherwise known as tolerance, which signals that physical dependence is present. If tolerance to prescription drugs arises, it is crucial to seek professional support.

Adderall is dubbed a study drug by college students, as they believe it makes them smarter due to increasing alertness. Students often think that as medications such as Adderall are prescription drugs, they are self-medicating. Unfortunately, this is not true.

If amphetamines are not prescribed, they should not be used. Not only is doing so illegal but using amphetamine drugs comes with a risk of adverse health effects and addiction. For those experiencing peer pressure surrounding substance use, the National Institute on Drug Abuse has help and support available.

Amphetamine on the Streets

Amphetamines are often used recreationally for their euphoric effects. Sadly, amphetamine abuse is a widespread and significant problem. In 2020, the National Survey on Drug Use and Health found that around 1.5 million people in the United States aged 12 and over had an amphetamine use disorder in the previous twelve months.

Methamphetamine, more commonly known as meth, has a similar chemical makeup to amphetamines. Although methamphetamine is available as a Food and Drug Administration (FDA) approved prescription drug, it is primarily used recreationally.

Like other drugs, meth can be found in tablet, powder, and crystal form. Common ways to use meth include:

Smoking crystal meth produces an intense high similar to crack cocaine. However, it has a longer half-life. This means that users experience rapid on-set effects that last between four and twelve hours. While many people may not realize it, meth is dangerous, and addiction can form even if it is only used once.

How Can I Tell if I Am Addicted to Amphetamines?

A physical amphetamine dependence can occur through prolonged use, but not everyone develops a psychological dependence, meaning drugs aren't craved. While this is not a true addiction, it often leads there and should be taken seriously.

Common symptoms of a physiological addiction to amphetamines include:

It can be hard to admit when a psychological amphetamine dependence occurs, especially as many people worry about getting in trouble or feel too ashamed to tell their loved ones and family members that they are suffering.

As addiction is a disease, it requires medical treatment like any other illness. There is no shame in suffering from addiction - help is available via American addiction centers.

With an increasing number of people suffering from addictions, learning the signs associated can help them seek medical advice and the support they need.

Some additional symptoms of amphetamine abuse include:

If someone lives with an addiction to amphetamines, they must seek help as soon as possible. Sadly, addictions can cause long-term damage to health, relationships, and many other aspects of life.

What Are the Risks of Amphetamine Abuse?

Irrespective of how long amphetamines are used, doing so comes hand-in-hand with severe risks. The longer the use, the greater the risk of severe life-threatening health complications.

Although implications differ and depend on various factors, abusing amphetamines can lead to:

When an addiction arises, the only way to resolve it is through detoxification. Irrespective of the substance, almost all addiction treatments commence with detox. This treatment alleviates the physical side of addiction and prepares the brain and body for additional treatments, such as therapy.

During amphetamine detox, all traces of drugs are removed from the body. Detox should be medically supervised, but many people attempt to go cold turkey instead. However, attempting to recover alone can be fatal and can lead to amphetamine withdrawal syndrome. Instead, there are many treatment options to consider.

When amphetamine addiction treatment is sought, centers like our own provide personalized treatment plans for detox. Detox can be natural or medical, but medical offers the best chance of success and is considered the safest.

Sometimes it is possible to detox at home, but confirmation from a medical professional should be sought beforehand. Although the detox process can be extremely uncomfortable, many people find it entirely manageable with supportive medications and medical supervision in a safe environment. This is why completing a medical detox at a treatment center is recommended.

Detoxing from amphetamines can be dangerous due to the side effects of withdrawal. When detoxing at a treatment center, twenty-four-hour supervision and medical care are available.

Detox can be challenging, but it is an essential part of recovery. Once the body is clean of amphetamines, those in recovery can begin to work on why they used them in the first place.

The withdrawal process can last from a few days to a few weeks, depending on a user's personal medical information and the severity of their drug use.

Most people who undergo an amphetamine detox experience amphetamine withdrawal symptoms, such as:

In addition to medical assistance, therapy may help with post-acute withdrawal symptoms. Though detox is manageable, medication can be offered to reduce drug cravings if symptoms are unbearable.

During detox, the most important thing is to be patient and trust the process. Although it may seem difficult, detox paves the way for lifelong recovery.

Is Recovery From an Amphetamine Addiction Possible?

Recovery is not a straight line, nor is there a clear finish line. Usually, those who complete detox and other treatments will continue to work on their sobriety in the weeks, months, and years that follow their time in a rehab center.

Following a client's time in an addiction treatment center, they have to learn how to navigate the real world and avoid using substances in their daily life. Though relapse is common, it does not mean that lifelong recovery is not possible.

As part of our addiction treatment, we often provide therapy to help those in recovery understand the cause of their addiction. Doing so enables many to develop coping strategies and uncover how to prevent relapse. We also provide dual diagnosis treatment to those who suffer from an addiction and mental health disorder.

Many people develop addiction through self-medicating as a coping mechanism for mental illness, which is why the two are often co-occurring. Through therapy, those in recovery learn how to let go of trauma or manage a mental health disorder while also developing healthy coping mechanisms.

With the right treatment program and ongoing support, recovery is possible, and many go on to live a life free from addiction.

Contact us today to find out more about detox and our range of addiction treatments. Our expert team is on the end of the phone and ready to answer any questions.

Read more blog posts in this category:
‹ How To Detox From Marijuana
How Long Does It Take To Detox Your Body? ›
Begin the first day of the rest of your life
To find out more contact our team
Call now
RELATED ARTICLES

Is Xanax Bad for Your Brain?

Xanax is a prescription medication that works by affecting the availability of chemical messengers in your brain. Even short-term use can disrupt this balance and prevent your brain from working normally. More sustained use can lead to memory problems and a decline in other cognitive functions. While this may sound scary, there is help available. […]
[Read more] 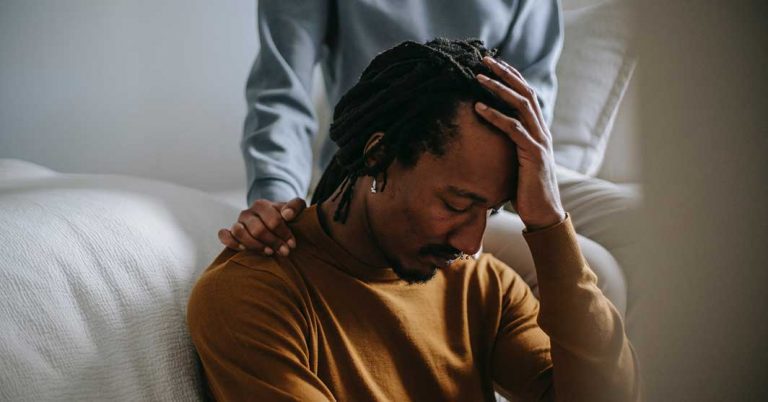 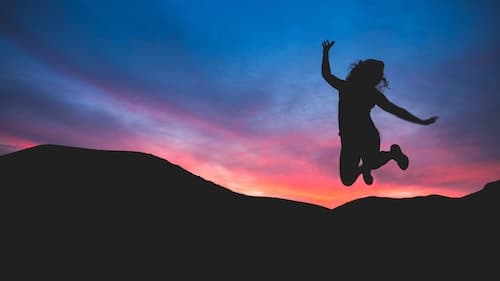