What Is Cocaine and How Does It Work?

Extracted from the leaves of the South American Coca plant, cocaine is one of the oldest drugs known to man. Like other drugs, the prevalence of users fluctuates over time.

Cocaine affects many of the body’s mechanisms. However, it primarily impairs the central nervous system, as uncovered in the International Journal of Clinical Pharmacology, Therapy, and Toxicology study. This creates a spike in brain chemicals - or neurotransmitters - including dopamine, serotonin, and norepinephrine.

Research by the Science & Practice Perspectives showed that cocaine is physically and psychologically addictive. Even a brief relationship with cocaine can lead the brain to depend on the drug to release feel-good chemicals.

Why Is Cocaine So Addictive?


The withdrawal symptoms of cocaine use can be severe and include lethargy, fatigue, insomnia, nightmares, increased appetite, and depression.

The most dangerous aspect of cocaine use is the change in an emotional state, particularly in withdrawal. It is common for users to experience suicidal thoughts and enter deep depressive episodes.

Despite being extremely demanding emotionally and physically, cocaine withdrawal does not usually have dangerous medical implications. Symptoms can subside in just two or three weeks. However, cravings for the drug can continue years after it is used. That is why a supportive recovery network is crucial for sustaining recovery.

If you or a loved one is struggling with a cocaine addiction, you may feel there are no options. At NPAC, we’re here to help. Addiction is treatable, and with our compassionate care and expert support, you can achieve long-term freedom from addiction.

According to the Florida Alcohol and Drug Abuse Association, deaths by cocaine overdose have been growing in Miami and other Southern Florida states. It is thought that the rapid rise in fatal cocaine overdoses is attributed to the combination of opioids and cocaine, which has increased sharply since 2014.

A 2017 study conducted by the Substance Abuse and Mental Health Services Administration into drug use across all states found that in Florida, nearly 2% of people over the age of twelve had used cocaine in the previous year. Although this is lower than the national average of 2.03%, it is still alarming.

The increased cocaine use in Florida could be attributed to several things, such as supply and cost. For example, the government's focus on tackling opioid addictions reduces access to them. As a result, a more significant number of people are turning to cocaine for a similar high.

What Are The Signs and Symptoms of Cocaine Addiction?

Noticing the signs of cocaine addiction is the crucial first step in addressing the problem. The signs and symptoms can be split into three categories: physical, psychological, and behavioral.

“Spectacular care. Each person is treated individually for their own needs.” – Former Client

Upon embarking on the recovery process, it is imperative to rid the body of harmful toxins that have built up in the system. For this reason, detox is the first stage of any recovery treatment program.

Various therapies can be used during this initial detox phase, which helps to alleviate withdrawal symptoms. The detoxification process generally lasts between one and two weeks and should take place under professional medical supervision.

At NPAC, we guide you through your detox in the most compassionate way possible. Our team is available twenty-four hours a day to monitor your health and prescribe any medication you should require.

We endeavor to make detox as comfortable as possible, setting you up for a comprehensive and successful recovery program. We have a proven track record of successful treatment, thanks to the comprehensive nature of our programs.

Cocaine addiction damages your mind and body, which in turn can affect your home life and performance at work or school. Prolonged, untreated addiction can also lead to mental health conditions such as anxiety, depression, paranoia, and panic attacks.

However deep into an addiction you are, there is support available. Although addictions to stimulants such as cocaine can be difficult to overcome, specialist treatment for cocaine misuse can help you regain control of your life.

Overcoming your addiction is more than just detoxification; this is the first step of the journey. A full recovery requires you to identify the root of the addictive behavior and develop healthier coping mechanisms to manage them.

The most successful healing is holistic healing, which considers your whole wellbeing, and helps you recover from mental health disorders. These underlying disorders often perpetuate your addiction, so by tackling them and increasing your sense of self-worth, you are more equipped to overcome any challenges ahead.

At NPAC, we value the uniqueness of every client. We tailor your individualized treatment program to suit your needs to give you the best chance of reaching your recovery goals. We focus on personal growth through 12-step groups and creative therapies to help you reconnect with yourself in a self-loving and supportive way.

Our evidence-based treatment approaches include:

When you decide to embark on your recovery, remind yourself you are not alone. Some of us at NPAC have lived experience of recovery, we know it’s possible, and we have seen the other side.

With our medical excellence, compassionate care, extensive knowledge and understanding, and unyielding respect, you can find an alternative to addiction. 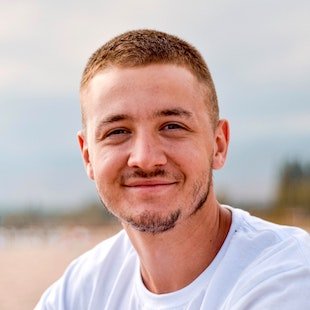 "I have been to many rehabs and this time was so suited to my needs at this point in my life. I have not had a rehab experience this good, ever. The groups and therapy were excellent The facility was excellent. They made sure my only concern was getting better and finding lasting sobriety. I would recommend this rehab to anyone who truly wants to be sober."

- Former Client
Contact Us Today
At NPAC, we are committed to caring for your physical, emotional, and mental well-being. Call us now to begin your journey to recovery.
Learn more
It's Time to Make a Change
We Can Help You on Your Path to Mental Wellness
Call now (844) 282-1306